This is a guest post written by Barbara Dewey of Waldorf Without Walls about learning to read the Waldorf way. Barbara was one of the first to offer consulting to homeschooling families and to publish books for Waldorf homeschoolers. She spends her spare time with her husband Quimby, family and friends, enjoying her unique solar home, and developing her farmland. She is the mother of four and grandmother to six. Barbara holds an M.S. in Waldorf education from the Waldorf Institute of Sunbridge College in Spring Valley, NY. She has been teaching for 54 years.

I met Barbara in 1994 when my boys were little and soon after she began commuting to Cleveland to teach a small Waldorf kindergarten group in a friend’s attic. Barbara has been my mentor in our family’s 25+ years of homeschooling and I am so grateful to have her wisdom and support. Listen to A Conversation with My Mentor, Barbara Dewey on the Art of Homeschooling Podcast here.

Learning to Read the Waldorf Way

(Editor’s Note: this post contains affiliate links for your convenience which means if you make a purchase after clicking a link, Jean at Art of Homeschooling will earn a small commission but it won’t cost you a penny more. You can read this site’s full disclosure policy here.)

The parent will take time out a few times a day to tell a story to the child, thus developing a sense of good language and expression. Singing songs, reciting poems, doing finger plays and little puppet shows are also important. Telling stories is better than reading them, because the child must imagine his own pictures. This ability to imagine is an important step in preparation for reading.  This doesn’t mean that a parent has to memorize two or three stories a day. Children prefer to hear the same story over and over, sometimes for weeks! And it doesn’t hurt to read some of the stories to your children. But do tell as many as you can. Even make some of them up, or tell stories about your own childhood.

One of the hardest tasks for a parent involved in helping a child to learn to read in the Waldorf way is divesting yourself from the ingrown attitudes about reading prevalent in our culture, and then defending your method from well-meaning but critical relatives and neighbors.

Children learn to read in the same way they learn to potty train or talk. Children learn these things when they are ready and the age of success varies greatly with the child. To me, a child is not really potty trained until she has the skills necessary to take herself into the bathroom, pull down her pants, do it, and re-fasten her clothes.

A child learns to talk by listening to others speak and gradually learns by imitation, attaining a huge vocabulary somewhere between ages 1 ½ and 3.

We are fooling ourselves when we think we are teaching a child to read. The child cracks the code, and does a lot of memory work, just as he did when he was learning to speak. If you watch a child who is at the stage where he is ready and wants to learn to read, you will see him repeating words and sounds to himself, memorizing books that are read to him, and suddenly he goes from memorizing to really reading, seemingly overnight! Then he can read everything, including newspapers, and big chapter books. All this will not happen until the child is ready, and forcing it may make him avoid reading for life. To me, just as in potty training, a child is not really a reader until he can pick up any piece of written material and read it.

Rudolf Steiner believed that the child recapitulates human cultural evolution in his development. Children do not enter a Waldorf first grade until they are at least 6 1/2 or 7. At age 6-7 the child is living through the period of human cultural evolution when human beings developed a written, pictorial alphabet, so it makes sense to develop the alphabet using pictures. Human beings had to write something before they could read it. The child is still interested in fantasy and fairy tale, so we develop a picture alphabet using fairy tale stories. From this grows the writing of simple sentences which they have made up. They can “read” what they have written. Probably they have memorized it, but that’s OK. Reading English is mostly memory anyway.

No reading is required in Waldorf schools until the end of grade 3, or later. The Waldorf curriculum is based on the developmental interests of children, and does not require reading in the early grades. Material is presented by the teacher in dramatic, interesting ways and the children make use of the material in their play and hands-on dramatic and artistic activities.

Waldorf schools have several rules-of-thumb to determine readiness for first grade in a child.

There are many other subtle indications of readiness in the child that a parent may be able to recognize. The kindest attitude you can take is one of leisure and lack of hurry, a difficult one in our culture of the “hurried child.” See Glöckler and Goebel A Guide to Child’s Health.

How the Brain Develops

The two sides of the brain are connected by a bundle of nerves called the corpus callosum, a late developing organ in the brain. This organ becomes complete somewhere around the age of seven, give or take a year or two. Learning to read is not possible until this organ is fully developed. Late readers are not less intelligent children! If you think about it, it makes sense that a better brain might take longer to develop, and therefore late readers may indeed be more intelligent!

Until the corpus callosum is developed, nearly all children are dyslexic, that is they see p, d, q, and b as the same letter and often reverse them as well as other letters. A person who remains dyslexic is often a person who not only sees things as they are but as they could be, a bit of hindrance in learning to read, but an indispensable talent for a creative inventor, architect, or artist! The interconnectedness of handedness, dyslexia, creativity and brain development is a fascinating subject, one which is largely ignored in our culture’s rush to get children reading at an earlier and earlier age. For more on this topic, see David Elkind’s The Hurried Child, and Miseducation, and Joseph Chilton Pearce’s Magical Child.

English is a very difficult language to learn. The phonetic and spelling rules are only correct 50% of the time! That means 50% of the words have to be memorized. So how can one learn to read by phonics alone?!

Phonics can be somewhat useful and a lot of fun if done in a playful way. But your child will perceive you as a liar if you try to tell him that these are rules of the language and he later discovers how many exceptions there are! You can play with phonics and then joke about the exceptions.

Here is an example for your own amusement:

I have a spelling checker.
It came with my PC.
It plane lee marks four my revue
Miss steaks aye can knot sea.

Eye ran this poem threw it,
Your sure reel glad two no.
Its vary polished in its weigh.
My checker tolled me sew.

A checker is a bless sing,
It freeze yew lodes of thyme.
It helps me right awl stiles two reed,
And aides me when aye rime.

Each frays come posed up on my screen
Eye trussed too bee a joule.
The checker pours o’er every word
To cheque sum spelling rule.

Bee fore a veiling checker’s
Hour spelling mite decline,
And if we’re lacks oar have a laps,
We wood bee maid too wine.

Butt now bee cause my spelling
Is checked with such grate flare,
Their are know fault’s with in my cite,
Of nun eye am a wear.

Now spelling does knot phase me,
It does knot bring a tier.
My pay purrs awl due glad den
With wrapped word’s fare as hear.

To rite with care is quite a feet
Of witch won should bee proud,
And wee mussed dew the best wee can,
Sew flaw’s are knot aloud.

It is interesting to note that Steiner’s work was all done in the German language, a language of very strict rules with nearly no exceptions. Even in such a strict language, he recommended later rather than early literacy, approached with a sense of play. How much more important it is in English, which is so much more difficult to read!

Your child WILL learn to read. You merely need to be a patient, enthusiastic, and playful, willing accomplice. You are helping your young spy to crack the code!

Thank you Barbara for this great post full of your wisdom and humor!

Below are some of wonderful early readers for learning to read the Waldorf way.

I now offer mentoring to homeschoolers just like Barbara did for me! I can help you get unstuck and find that forward momentum. Nothing quite compares to being able to talk things through with a mentor who’s been there. Find all the details at Mentor Sessions with Jean. 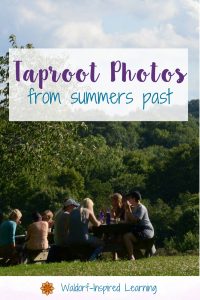 This is just a small collection of the snapshots of Taproot Teacher Trainings gone by. 2021 will mark the 15th year we will gather a group of amazingly wonderful Waldorf homeschoolers for a 4-day weekend of living… 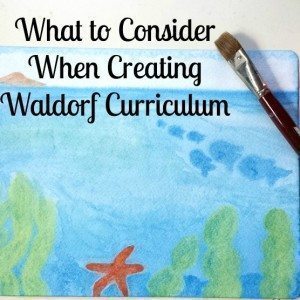 We’re up to Day Eleven of the first Waldorf teacher training and the Waldorf School will open in just four days! Imagine: you’re sitting in this lecture having been recruited to teach in this new school even… 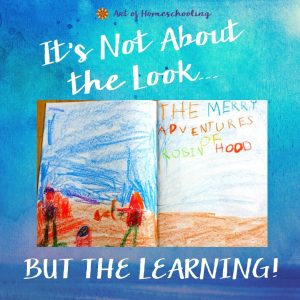 When I helped my oldest child create his first main lesson book almost 25 years ago, I was totally intimidated. The intention behind a main lesson book is an artistic experience that becomes an alternative to the… 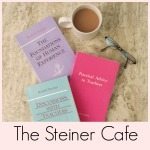 On the eve of the Teacher’s Seminar in 1919, Rudolf Steiner delivered his “Opening Address” to those who would become teachers in the first Waldorf School. And right off, Steiner speaks of the necessity to make compromises…. 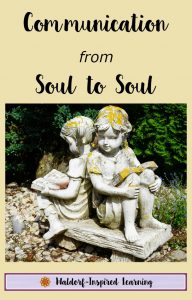 “Communication must be from soul to soul,” said Rudolf Steiner. And the medium? Stories! Stories that speak to our hearts, told in a way that “evokes a kind of silent thrilled awe.” Read on for tips on storytelling…

Shine Through the Darkness with the Window Star Challenge This episode of the Art of Homeschooling podcast is from the archives, December of 2020. And it’s all about one of my favorite activities for these long, dark, cold… 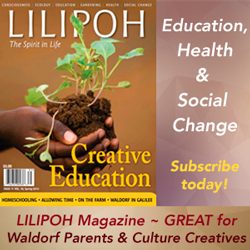